Cheese is Harming People. Cheese triggers the same part of the brain as hard drugs, say scientists.
Written by Dr. Michelle Kretzer | March 29, 2017
Need some reasons not to eat cheese? Well, two people have died and six have been hospitalized after contracting listeriosis from Vulto Creamery cheeses. The company announced a nationwide recall of four types of soft cheese, and the Food and Drug Administration is investigating. In February, 10 other cheese companies recalled products over concerns of listeria contamination.
In addition to listeriosis, here are seven other gut-wrenching reasons why cheese is uncultured.
1. Because it can make things really embarrassing.
Dairy foods can cause a host of uncomfortable digestive issues, and the IBS Treatment Center reports that “most dairy reactions are not lactose intolerance.”
2. Because it’s often made using slaughtered calves’ stomachs.
Many cheeses are made using rennet, an enzyme obtained by washing, drying, and slicing the stomach linings of slaughtered newborn male calves.
3. Because you believe in women’s rights.
Cheese is a product of domination, imprisonment, rape, kidnapping, and killing.
4. Because it’s essentially a slab of fat.
Cheese is loaded with artery-clogging saturated fat and cholesterol. Most varieties derive 70 to 80 percent of their calories from fat, and cream cheese is 90 percent fat.
5. Because you’re too old for breast milk…and you’re not the right species for cow’s breast milk. Cows produce milk for the same reason that human mothers do: to nurse their infants. You’re not a cow’s infant child.
6. Because pus.
The U.S. Department of Agriculture says that mastitis, a painful inflammation of the udder, is one of the leading causes of death for adult cows in the dairy industry. Pus from the infection drips into the cows milk.      ‘Mucus is the Cause' Ditch the dairy!
7. Because your heart is bigger than your gut.
Ready to get dirty dairy foods out of your diet? Try yummy, protein-rich nut-based cheeses today.

​Use Nutritional Yeast for substitute good for YOU!
Nutritional Yeast
Nutritional yeast is a favorite of those following a vegan diet because of its cheesy flavor. True to its name, this popular seasoning is packed full of nutrients and contains about 8 grams of protein in just 1/4 cup.
Fortified nutritional yeast also contains vitamin B-12, a nutrient sometimes lacking in certain plant-based diets. And you may be surprised to learn that the same 1/4 cup serving has around 4 grams of fiber as well.

Avocados do not contain any cholesterol or sodium, low in saturated fat. Use avocado for substitute for cheese. Alkalizing food!
Resonate w Nature Cancer research found that avocatin B, a compound derived from avocado, can kill leukemia cells.
Here’s a Book on the Addiction to Cheese, Author Neal D. Barnard, MD. 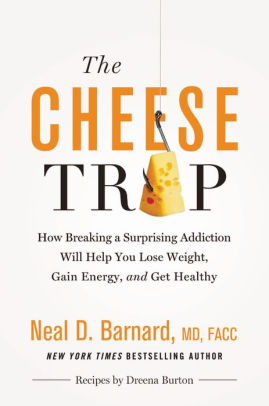